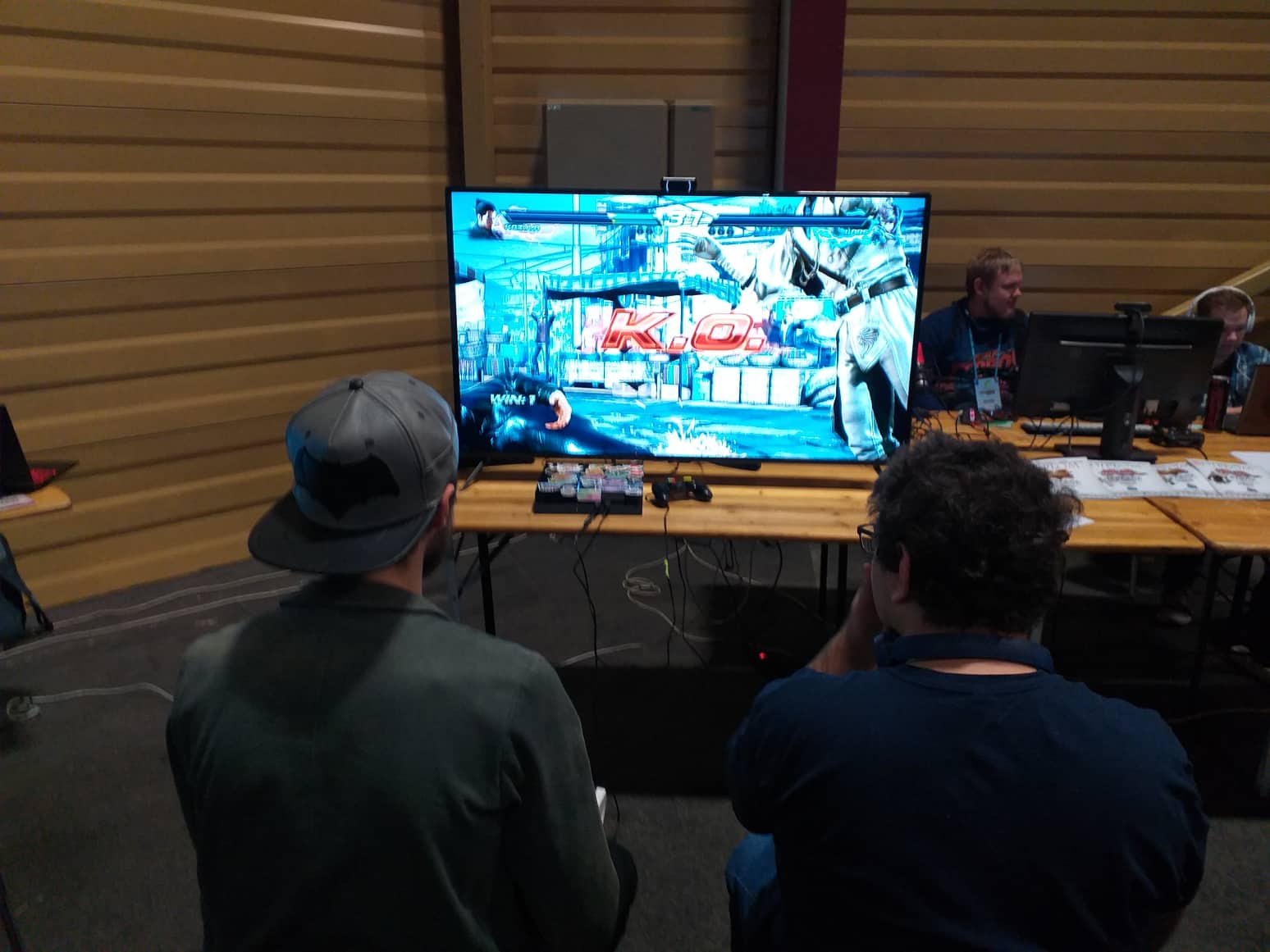 This weekend we spent two and half days in Latvia at WinterCon VI doing console esport tournaments in fighting games. We had 2 full days of tournaments in Tekken 7, Street Fighter V, Mortal Kombat 11 and BlazBlue Cross Tag Battle. VGE team didn't do that good overall as per usual, but we still had one of the best tournaments ever in number of participants and viewers on live stream.

Tekken 7 was a most popular game as expected, with maximum number of players. We were missing the Lithuanian powerhouse Strategas this time, but we had someone else take his place instead. VGE | Jackler took 2nd place in Tekken 7, but not after Raskkii as usual, but instead behind Nikkie, a Latvian keyboard player, who lost 3-1 in Winners Finals, but made the full run back. Raskkii was 3rd. Although some players shows some protest about letting keyboard players join in fear of macros, VGE | Jackler (head organizer) saw no issue with it and still allowed it.

Mortal Kombat 11 was the second most popular event and VGE | BacklotScum went into this as a clear favorite, beind undefeated Mortal Kombat players many years now. But VGE | BacklotScum got 2nd place in Mortal Kombat 11, which is highly unusual. He lost to MagicTea, local dedicated MK player and streamer, who made 18-0 tournament run. A record for the whole league. Third place went to fresh Estonian team Alpha and their player Cerberus. Well done for young players.

Street Fighter V was one game, where Estonians had nothing to talk about. Jackler made into Top 8, but then lost quickly. Lithuanian player maumas won in convincing manner, while Kray-Z took a 2nd place just day before his birthday. 3rd place went to Lithuanian FGC activist Breaker.

See you all in the next tournament. Don't forget to lab and then some more.